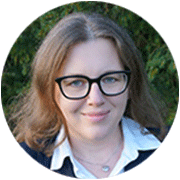 Do you want to improve your health? Go to the forest!

In 1982 in Japan was launched a national health prevention program called „Shinrin-yoku”. Shinrin-yoku means spending more time among the trees. It’s not about jogging or training in the forests, but just quiet contemplation and mindfulness in being among the trees. It has been scientifically proven that Japanese “forest baths” have a great impact on improvement of health. Japanese scientists have been studying the physical and psychological effects of the “forest bathing”. They have discovered that the essence of the good effect is not only fresh air. Research has shown that the forest calms our heart, lowers blood pressure and reduces stress hormone (cortisol).
“Forest baths” soothe depression and significantly increase energy level. Some of the residents of cities in Japan sign up for special clubs, to perform together “forest bathing”. Forests are blessing for children living in cities and for those who want to escape from the hustle and bustle of civilization at any moment.

How to practice Shinrin-yoku?

Go back to Academy